There are, as has been said, two sides to every coin. For many outside the sporting world, horse racing is a sport of simultaneous contrasts: the “fat cat” rich owner, who has millions upon millions to throw at unproven racehorses who mature into champions and multi-million dollar studs, and the degenerate gambler who bets himself into the poorhouse.

As a result, many see horse racing as a sport only made for the richest of the rich, which causes undue pain to those less fortunate.

Some perceive racing as an elitist sport when in reality, that’s far from true. There are places in horse racing participation for people of all means and resources. Whether you are blue-collar or white-collar, there is some measure of racing participation you can enjoy and find success in.

The prime example of “everyman” involvement in racing is at the betting windows. All bettors are valuable to the sport, from those who wager a few bucks on a hunch, to those who make their careers placing complicated exotic wagers, to people like Jim “Mattress Mack” McIngvale who place seven-figure wagers at the Kentucky Derby.

While those who wager the most money stand to make the most money if things go their way, the great thing about racing is that the horses are in charge of the outcome. A two-dollar bet on Rich Strike to win the Kentucky Derby would have returned over $160; Mattress Mack’s $1.5 million win bet on Epicenter returned exactly nothing, except perhaps publicity.

You can find TwinSpire’s guide to pari-mutuel wagering here which will help you to understand better the different variations of betting in horse races.

When casual fans of racing think of trainers, many think of people like Charlie Appleby and Bob Baffert- sports celebrities who court the public’s attention and have enough money and rich client loyalty to survive any amount of controversy they attract. They think of the people who set records and win awards, and who is famous enough to be recognized outside of the sport.

However, that is untrue for at least 99% of trainers. Most trainers set up a home base at a track, or travel only between certain regions as meets come and go. They are hardworking people who are dedicated to their horses and who may have a handful of local clients to train for. However, like with betting, the horses are in charge of the outcome, and occasionally a small-time trainer like Eric Reed, who had never won a single Grade I race, ends up with a horse like Rich Strike.

Breeding: Breeding As A Career versus Breeding To Race

Many of the most famous breeders in racing history were those who bred their own racehorses and built their own racing dynasties. The 17th Earl of Derby, a descendant of the man for whom all Derbies are named, bred, and raced some of the most influential horses of the twentieth century.

Calumet Farm, the American powerhouse stable of the 1940s and 1950s, is another example of a farm that set out to develop its own champions. These breeders have the financial soundness to ride out fluctuations in racing and breeding performance; their ultimate goal is less to make money than it is to shape the breed in their own image.

However, for many breeders, their involvement in the racehorses creates ends in the sales ring. These breeders follow market trends as well as bloodlines, in order to create commercially appealing weanlings, yearlings, and two-year-olds. Some of these breeders sell their horses at historic sales such as the Keeneland September yearling sales in Kentucky or the Ocala Breeders sales in Florida, but many others stick to regional auctions. 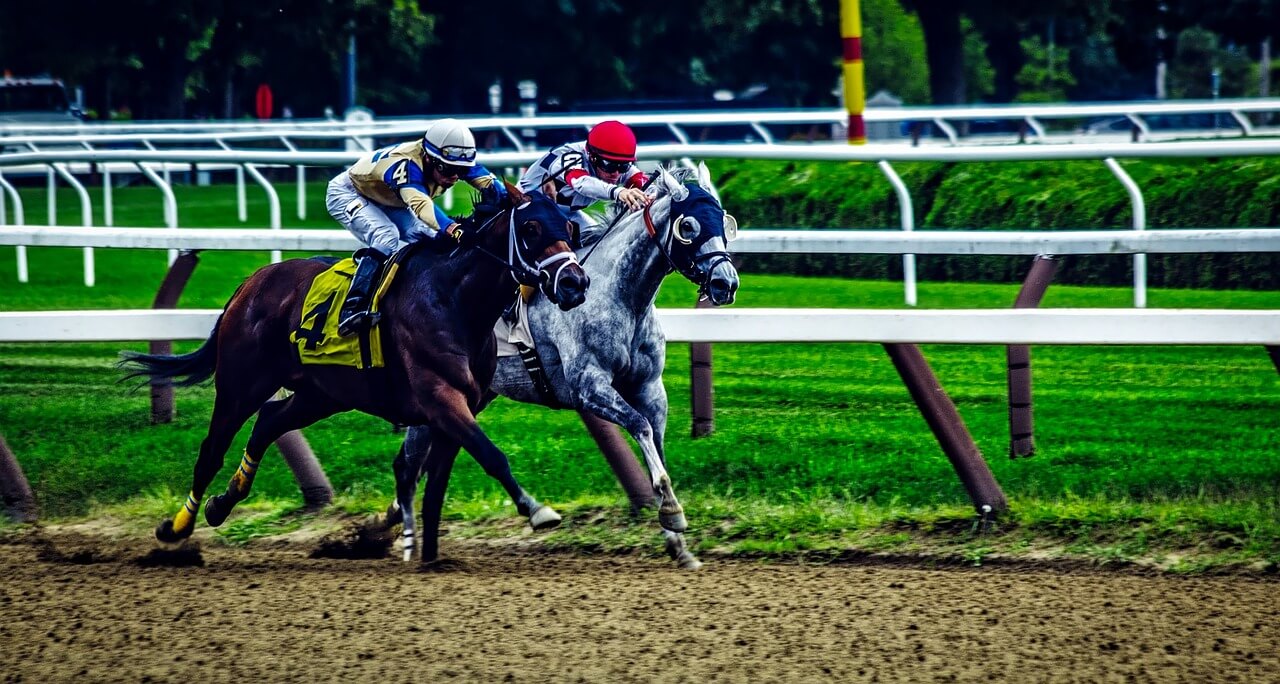 Some large stables are literally meant to operate as businesses. Owners can reduce their financial risk by creating partnerships and pooling their money together. They invest money in promising blue-blooded horses, often considering not only their racing potential but their capacity to earn money in the breeding shed.

Those who see racehorse ownership as strictly a rich man’s game, however, forget that the vast majority of races are claiming races- that is, races in which each horse is for sale. Owners can pick up a racehorse for as little as $5000, and the previous owner of that horse makes a pretty quick buck from the claim as well.

Regional sales and private sales can also be less expensive sources; a group of friends can band together to create a racing stable and purchase a horse to root for at their local track. That is exactly what the members of Sackatoga Stable did when they purchased a gelding by Distorted Humor. That gelding came to be known as Funny Cide, who took his owners on the ride of their life when he won two legs of the Triple Crown in 2003.