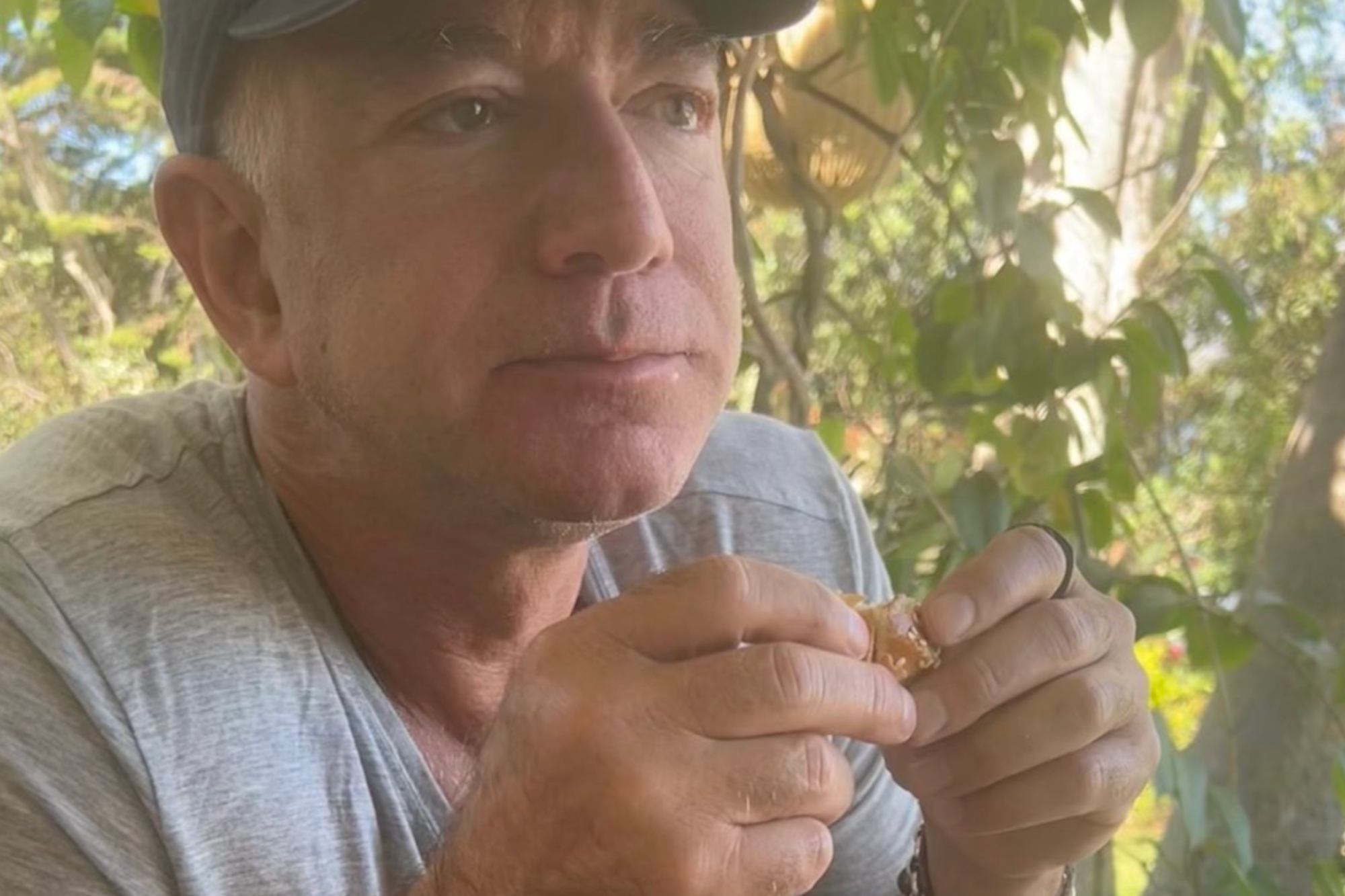 Becoming one of the world’s richest men isn’t something that happens overnight — the journey to get there is often arduous and at times, humbling.

Fans were delighted to see Amazon founder and billionaire Jeff Bezos pay homage to his first ever paid gig over the weekend when he posted a photo of himself on Twitter chowing down on a burger from his original place of employment — McDonald’s.

Back in 1980, the now-billionaire took the job flipping burgers in the kitchen when he turned 16 years old.

“I was a cook,” Bezos said in an interview with Fast Company back in 2001. “They wouldn’t let me anywhere near the customers. This was my acned-teenager stage. They were like, ‘Hmm, why don’t you work in the back?'”

He went on to explain that the gig taught him that customer service is “really hard” and that the lessons he learned in that job set him up for making customer service a key pillar of Amazon’s business model as the company developed.

In a book titled Golden Opportunity: Remarkable Careers That Began at McDonald’s, Bezos also spoke about the lesson he learned in working under pressure and keeping up team morale.

“The most challenging thing was keeping everything going at the right pace during a rush,” Bezos told the book’s author, Cody Teets. “The manager at my McDonald’s was excellent. He had a lot of teenagers working for him, and he kept us focused even while we had fun.”

Bezos resigned as CEO of Amazon on July 5, 2021, marking the 27th anniversary of Amazon as a company. He still serves as Executive Chairman of the board.

As of Monday morning, Bezos’ estimated net worth was $155.6 billion.