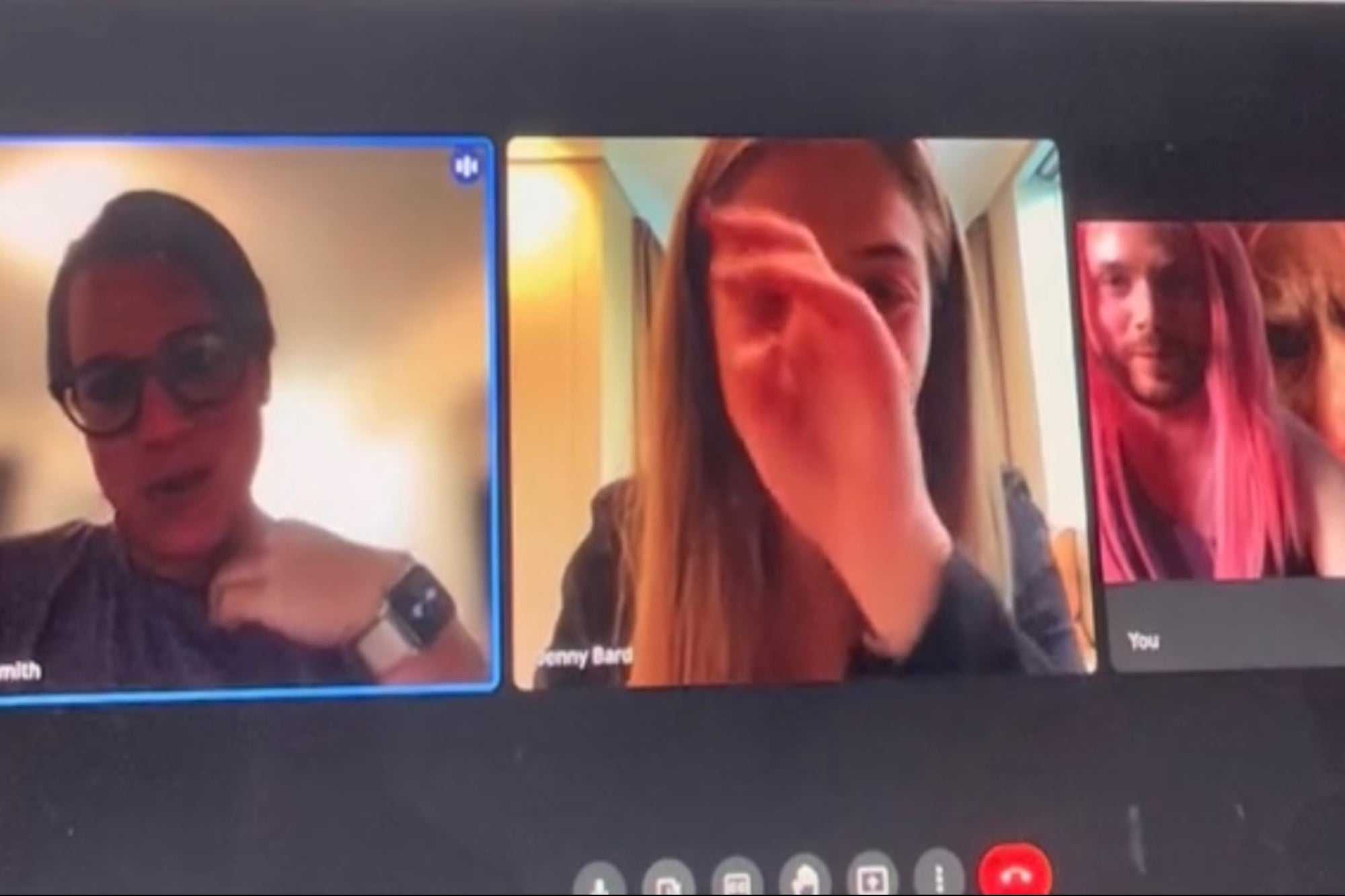 There’s nothing funny about being laid off from your job, but for some, humor tends to be the best coping mechanism.

Whether layoffs are expected or a surprise, the jarring, and, at times, life-changing experience has caused many on TikTok to make light of the experience to help others who may be going through similar situations feel a little less alone.

One man has recently gone viral after learning that his employer would be inciting mass layoffs and choosing to go on to the video call in quite a humorous way.

Isaac Moran, a recruiter who also holds his BFA in acting, recorded a video call with real estate company Compass in which he donned a bright pink wig and a glass of wine.

“I have some difficult news to share,” Moran’s boss tells him through muffled giggles as she tries to keep a straight face while delivering the news. “Unfortunately based on the actions that the company needs to take with where the market is headed, your role is one that is impacted.”

Moran then dramatically puts his head in his hands as the wig overtakes the screen, with everyone on the call erupting into laughter, unable to keep it together.

“Probably the best call they had all day,” one commenter wrote. “If you know you’re in for some bad news, do it in style.”

Moran’s video has been viewed over 1 million times.

Back in June, Compass announced that it would be laying off 10% of its workforce (around 450 employees) after citing slowing signs of economic growth, inflation, and an increase in interest rates. Two weeks ago, it was revealed via an internal memo that the company was planning more layoffs by mid-September.

The actor told Newsweek that he knew ahead of time what the context of the call was going to be.

“It’s a way for me to cope and just for me to laugh it off,” he told the outlet. “As an actor, I thought I definitely have a wig lying around, and I poured myself a glass of wine and just tried to make myself laugh.”

Moran isn’t alone in using the platform to cope with the unpredictable nature of the job market these days.

A former Barstool Sports employee, Ashleigh Carter, accidentally documented the day she was laid off earlier this month.

“I had no idea what was to come when I got to the office today,” she jokes in the beginning of the clip, going through her commute and morning routine when she arrives at the office. “We made it into the city of the dreams, that are crushed, and sometimes hopeless, you never know!”

In the tech sector alone, it’s been estimated that over 39,000 workers have been let go this year.