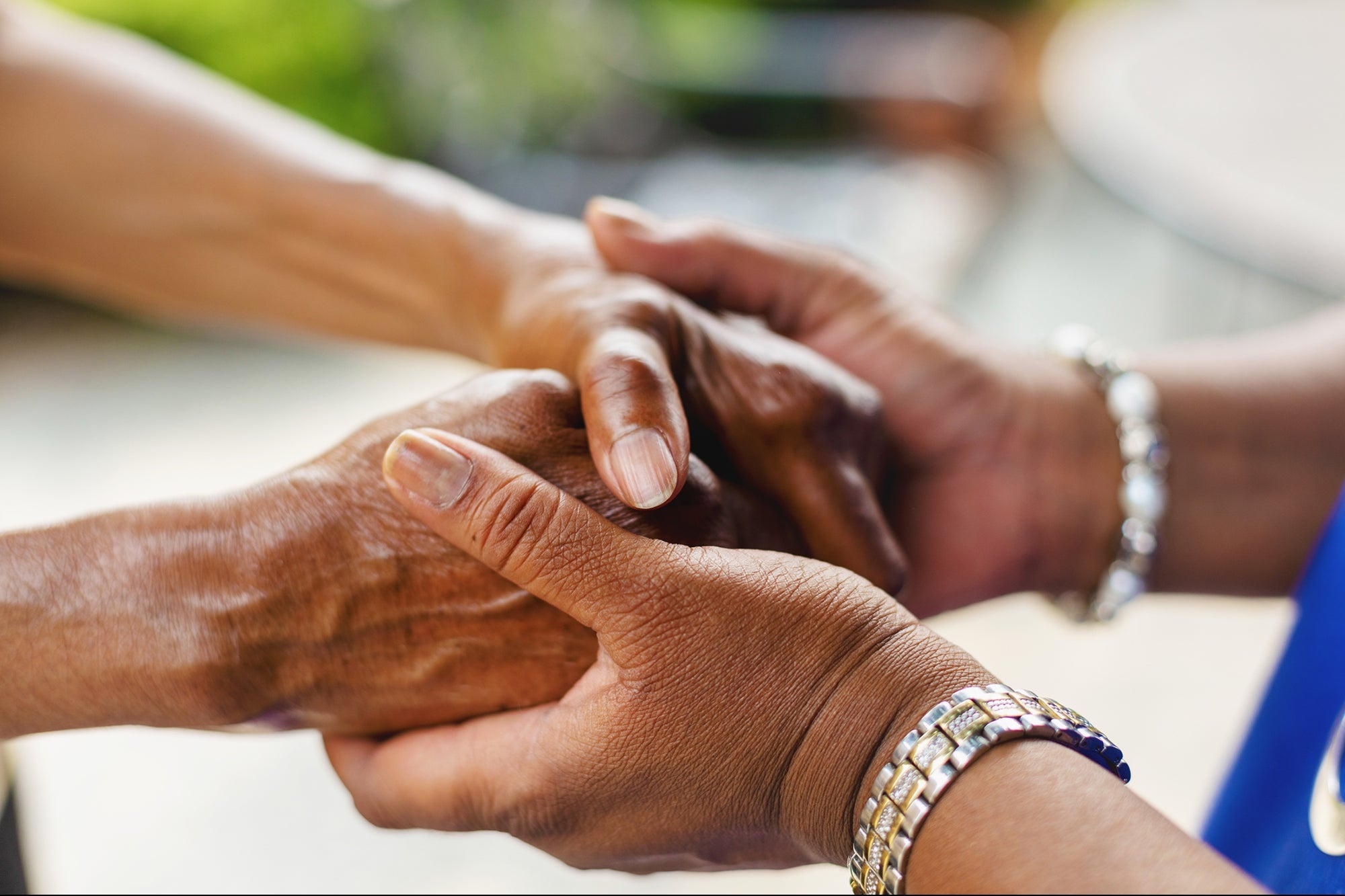 The first two times that I wrote for Entrepreneur, I reflected on the untimely deaths of two great Black actors, Chadwick Boseman and Michael K. Williams. In both articles, I highlighted the need for increased cancer screening, educational and awareness programs and enhanced access to comprehensive healthcare delivery inclusive of social support and mental health counseling for Black communities. On March 12, I learned about yet another untimely death of a Black public figure, Tamar Braxton, whose sister is the famous singer-songwriter, Toni Braxton. Similar to my love of Black Panther and The Wire, I binge-watched the popular Braxton Family Values through the years and intuitively understood the complex dynamics of close-knit families based on familial experience.

On the same day, March 12,  I also received a fortuitous email from the American Cancer Society (ACS), titled “3 tips to talk about cancer screening” encouraging loved ones and caregivers to be compassionate, patient and thoughtful in their approach to advocacy. But this same email from the ACS showcased compelling data that forced me to take a deeper look at the value of advocacy as they showcased 2020 data from the National Cancer Institute (NCI), which estimates that a 6-month disruption in care and screening could risk nearly 10,000 additional lives over the next 10 years. Simply put, finding cancer early when it may be easier to treat, can save lives.

Related: What Chadwick Boseman’s Death Tells Us About Workplace Healthcare

However, as compelling as these data are, there is still a palpable need for grassroots efforts aimed at increasing cancer screening and educational awareness programs with a focus on Black communities. This is because Black people have the highest death rate and shortest survival of any racial/ethnic group in the United States for most cancers. Yet, there is still a paucity of Black medical professionals, scientists and other vital roles in healthcare and the life sciences. Remarkably, the coronavirus outbreak has facilitated many life science occupations in the United States, but these opportunities tend to favor the 67 percent of White and Asian men who predominantly hold roles that range from epidemiologists to research scientists. Despite interest in science or math, African American students, particularly males, are rarely exposed to those career paths.

In practically every language, including my native Igbo, there is a saying that goes, “birds of the same feather flock together”. This is the rationale behind Jumpstart Nova, “the first venture fund in America to invest exclusively in Black founded and led companies at the forefront of health care innovation.” Established by the acclaimed Nashville entrepreneur Marcus Whitney, the 55-million-dollar fund is looking to address decades of chronic underinvestment in great Black healthcare founders by creating opportunities for a fund to focus on and invest in them.

One of JumpStart Nova’s initial investments is Cellevolve, a San Francisco-based cell therapy development and commercialization company that was founded by Dr. Derrell Porter, a dual Penn MD/MBA alum, industry veteran and one of the few Black biotech CEOs. In a joint San Francisco Business Times interview, Dr. Porter reflected on Marcus’ investment in his first entrepreneurial endeavor, Cellevolve, “The odds are just higher. That’s not to say that people who don’t look like you can’t see that but having someone like Marcus on the other side that looks like you, it makes the odds that much higher that you’re going to make that connection.”

Fortunately, Big Pharma companies and other influential life science organizations are also paying attention. For example, in October 2021, Bristol Myers Squibb, along with its partners, National Medical Fellowships (NMF) and the American Association for Cancer Research (AACR), announced the first group of 52 physicians selected for its Diversity in Clinical Trials Career Development Program (BMSF DCTCDP). These 52 early-stage investigators are the first of 250 community-oriented clinical trialists who will be trained through the five-year, $100 million initiative.

Taken together, there is a dire need for increased visibility of Black life science and healthcare leaders who can serve as positive role models that can help create excitement around science, particularly for African Americans who remain severely underrepresented in laboratories and healthcare facilities. But these Black founders and CEOs also need more buy-in and funding support at the earlier stages to launch and sustain their entrepreneurial vision. Moreover, racial disparities in access and quality of care have existed for centuries and it will take consistent, concerted efforts to bridge the gap, particularly in cancer screening and care management.

Feeling Burned Out? Maybe You’re Not Being Selfish Enough With Your Time

ICL Group vs. FMC Corp.: Which Agricultural Input Stock is a Better Buy?