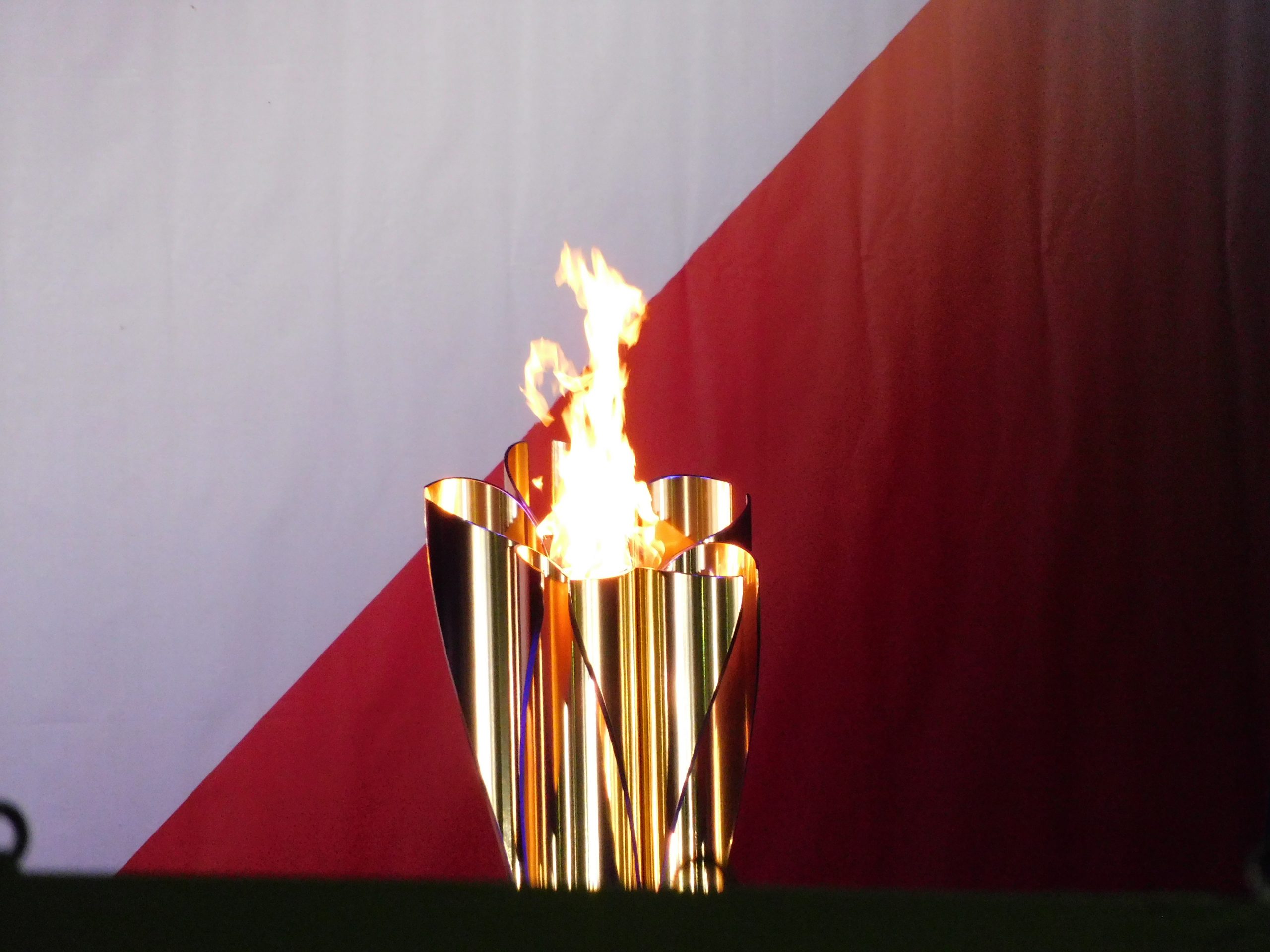 The Olympics have survived World Wars, Cold Wars, terrorism and now COVID. Great stories of perseverance and courage will certainly emerge from Tokyo.

All eyes will be on Simone Biles, saved from foster care by her maternal grandfather to become the best gymnast ever. She could be the first woman gymnast to defend an all-around Olympic title in 53 years.

Allyson Felix has quietly won nine Olympic medals in track, including six golds. Recently, she singlehandedly spoke up for mothers rights by breaking confidentiality clauses when Nike cut her pay and pushed for a quick return to competition after the birth of her child.

Eliud Kipchogo of Kenya, raised by a single mother, is the only man on the planet who has run a marathon in under two hours. The race was unsanctioned but the clock doesn’t lie. He will defend his Olympic title and holds the official world record of 2:01:39.

While we await these and more stories to unfold from the Tokyo Games, five athletes (and one team) transformed not only sports but helped change the course of history.

This was the situation. Berlin, on the verge of World War II, in the vise grip of Nazism with swastikas flying throughout the city and Storm Troopers goose stepping through the streets. These Games were to be the showcase for Adolph Hitler and the supremacy of the Aryan race. Jesse Owens, son of a sharecropper (by the age of seven he was expected to pick 100 pounds of cotton a day) and grandson of slaves, derailed all that in just 45 minutes.

He won four gold medals, breaking a world record in the long jump which had stood for 25 years.

He returned to a home of Jim Crow laws. After a ticker tape parade in New York, he had to ride a freight elevator to a reception in his honor at the Waldorf-Astoria. There were no endorsement deals so he raced horses and dogs in carnival-like events to feed his family. Finally in the 1950’s, he was hired as a public speaker and opened a public relations firm.

In 1976, President Gerald Ford presented Owens with the Medal of Freedom, the highest honor the U.S. can grant to a civilian. In 1980, a street in Berlin was renamed in his honor. In 1990, a decade after his death, President George Bush awarded Owens the Congressional Medal of Honor, calling his performance in Berlin “an unrivaled athletic triumph, but more than that, a triumph for all humanity.”

A brash, young boxer by the name of Cassius Clay from Louisville, Kentucky, all of 18 years old, quite literally pounded the international competition to claim the gold in the light-heavyweight division. Thirty-six years later, in Atlanta, Mohammad Ali — then a 10-time heavyweight champion as well as an eloquent spokesman for civil and religious rights, then battling Parkinson’s Disease — took to the Olympic stage one more time to face perhaps his most daunting challenge. The applause thundered and eyes welled worldwide as, despite all odds, Mohammad Ali’s failing body and shaking hands lit the Olympic Torch.

In Rome, Ali also surpassed all athletes in the time-honored tradition of trading national pins. He loved nothing more than walking through the Olympic Village to meet people from around the world, proving that he was an ambassador before he even knew he was one. Ali, too, returned home to Jim Crow laws. Like Owens, even after bringing honor to the U.S. with this Olympic gold, he couldn’t dine in the same restaurants with whites. That experience forged his tireless advocacy for his race and humanitarianism.

We cannot close this sport chapter without acknowledging Ali’s oratory talents. His comments were genius, for example: “Hating people because of their color is wrong. And it doesn’t matter which color does the hating. It’s just plain wrong.”

In 1976, after his gold medal win, one was hard-pressed not to see Bruce Jenner’s face peering off a magazine cover, not to mention a Wheaties’s cereal box. The victory came at the height of the Cold War. Russian Nikolay Avilov was the defending 1972 gold medalist.

Jenner didn’t just win this decathlon, he annihilated the previous Olympic record by 164 points. Jenner then jogged gloriously around Stade Olympique as his competitors, prone in utter exhaustion, littered the track after the event’s 10th competition, the 1,500-meter race.

After a turn in reality TV, Jenner publicly transformed into Caitlyn Jenner, becoming the most famous transgender woman in the world and another champion — one for the rights of the LGBT community. She is currently aspiring to take the office of governor in California.

The Los Angeles Olympics featured the first-ever women’s marathon. Other Olympic organizing committees considered the grueling 26.2-mile race too much for the “fairer sex,” despite the fact that women had competed in the New York Marathon since 1970.

Joan Benoit, small in stature but with the heart of a warrior, lined up with the rest of the field in a gray uniform that looked a little too big and donning a quirky white cap. She had spent the time leading up to the trials recovering from knee surgery and relentlessly pedaling a stationary bike to keep in shape. It was almost unthinkable that she was in the field at all.

Benoit had begun to separate herself from the field by the first water station. The distance opened and soon television cameras couldn’t capture the leader and the field in the same frame. And still the distance opened, with Benoit, leaving the long-legged thoroughbreds in her wake. She won by more than four minutes. Unthinkable. Benoit’s field of competitors was world-class and she bested them all with grit and perseverance, thereby vaulting women’s long-distance running, not to mention women’s power, into the mainstream.

This was the first team of NBA players to compete in an Olympics following a rule change previously banning professionals on the Olympic basketball court. The motivation for the rule change was to elevate the level of Olympic play, and boy, did these gods of hoops certainly dazzle.
Superstars Michael Jordan, Larry Bird and Magic Johnson, who had just tested positive for HIV, formed the nucleus showcasing their competitiveness and wizardry at every turn. Add to that the thunder dunks of Charles Barkley and Karl Malone and the precision passing of John Stockton and opponents didn’t stand a chance.

The Dream Team scored an average of 44 points over their opponents; rather than hanging their heads in defeat, the losing teams only wanted autographs from the victors. Charles Barkley was a mainstay at the Olympic Village, much like Ali some 30 years prior. Like a gigantic Pied Piper, throngs of camera-toting fans followed him about and he happily posed or provided autographs.

At the medal ceremony, these seasoned pros with a slew of NBA championship rings between them, jumped and laughed like giddy school kids, underscoring the power of the Olympic spirit.

These games cemented Michael Phelps as the most decorated Olympian of all time with 28 medals, 23 of which are gold. He won more medals than 161 countries that competed in the Olympics. He prevailed at every stroke. He set a world record 39 times.

Since retiring after these games, Michael Phelps has been open about his struggles with mental health, bravely joining the global conversation on this issue. He was bullied in grade school and once even contemplated suicide. He now travels the world speaking as an advocate for destigmatizing depression, anxiety and other mental health issues. He is particularly vocal about the pressures teens are under with the explosion of social media and partnered his foundation with one that supports at-risk kids. His personal transparency and efforts to bring attention to this very real problem is truly Olympian.

4 Effective Ways To Ensure That Your House Always Smells Good

The Best of Fine-Dining and Local Cuisine in Italy