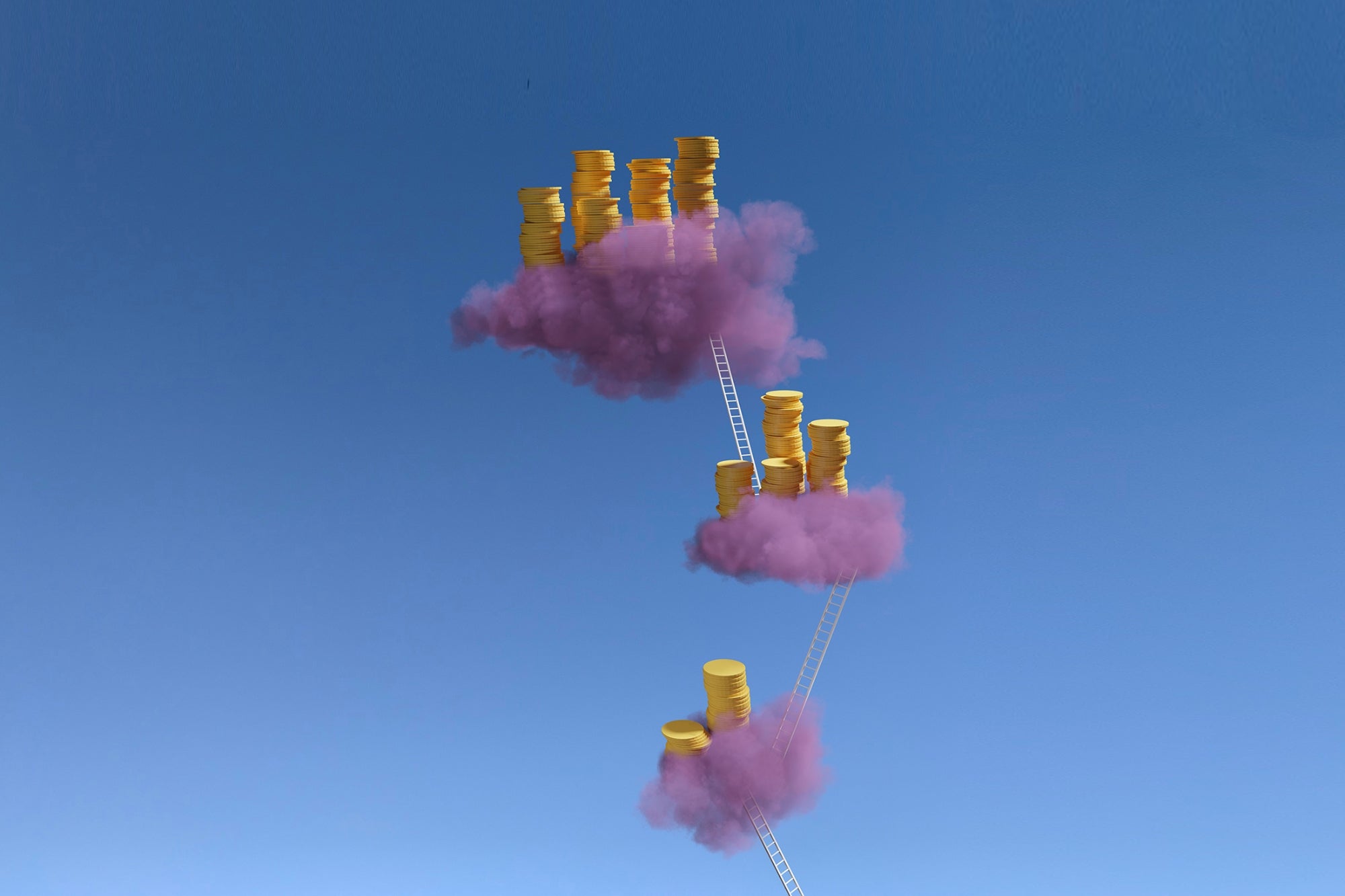 The infrastructure and architecture upon which businesses and meta-businesses are built is orders of magnitude more profitable — provided you can get in early and stick with it. The most important element is to think in terms of marketplaces as opposed to businesses. If you create a marketplace, you own all the transactions.

This is extremely relevant right now because large corporate monopolies are being broken up and redistributed through distributed ledgers, creating new marketplaces in a bold new world. This provides ambitious entrepreneurs with opportunities to make profits that are available only in times of disruption, not stability.

Related: 5 Things to Know Before You Invest in Cryptocurrency

The following are three extremely lucrative marketplaces that are being rapidly transformed into a more equitable model, and why you should consider branching into them (or any other industry being disrupted by crypto).

The issues of centralized gaming are well known. Platforms like Steam, Microsoft and Apple take upwards of 30% in return for the publishing of games. Games development is a competitive industry and between marketers and large platforms, developers often see very little profit. This is a problem given the annual revenue size of the eSports and online gaming industry.

Which is why this older model is fast becoming obsolete through multiple innovations. Newer models are rewards-based, meaning that the entire gaming architecture runs in such a way so that all parties are rewarded for their participation. Crypto wallets are integrated into the system with in-game NFTs available for swap, sale and purchase. Assets are swappable across blockchains with minimal fees. The issue is bridging Web2 and Web3, though some decentralized providers, like Ankr, are offering a surefire solution.

The freelance or “gig” marketplace is gigantic. It’s so big that it’s difficult to get any reliable estimates. Freelance work is industry-agnostic. This means that you can have hundreds of different industries — healthcare, finance, gaming, eSports, etc. — that all contribute to the figures. With people currently being forced to work from home, freelancing is the future of the global economy in many respects.

Yet many freelancing platforms take upwards of 20% of all work completed, and this is outside of the VAT automatically charged. The freelancers then have to pay regular income tax and do not have any benefits. One of the largest freelance platforms, UpWork, now also charges freelancers to bid on jobs and refuses a number of new applications. Additionally, it has the power to suspend worker accounts at any time. There are also withdrawal fees. Everything adds up — ultimately, workers and employers lose and centralized third parties win.

Decentralized companies like “The Collective” are making inroads in this respect. The emphasis is on building a trust economy based on mutual collaboration instead of a gig economy based on competition. Built on Chainlink and automated through smart contracts, the aim is to build a marketplace similar to Fiverr and Etsy.

Related: 3 Reasons Why the World Is Never Going Back on Crypto

Television has long been associated with exclusivity. Getting into this industry has historically been notoriously difficult. Even with lots of talent, people have been required to network and know somebody “on the inside” in order to gain exposure.

But distributed ledgers can break apart even this industry and give the public more power in terms of contributing to film and television. FilmCoin, for instance, allows people to genuinely become part of a studio. The high utility token (FLIKS) can grant access to studios, actors, directors and even to win chances to appear in a movie. An entirely new film marketplace is being created through distributed ledgers and NFTs.

A long-term approach to revenue generation is needed. Particularly with regard to the hype and hysteria inherent to cryptocurrencies, it’s easy to feel that you are missing out on the enormous profits made in some coin or another. But sustainable profits take time, commitment and dedication. There are always more winners than losers — the winners are the ones writing the blog posts. The losers don’t, for obvious reasons.

The most sensible solution might be found in diversifying across blockchain projects and industries. Given that all industries are being disrupted, it will pay to be involved in as many projects as possible to take a share of a very large pie that is set for redistribution. As long as you are patient, it really is like shooting fish in a barrel.

Make no mistake, profits are being redistributed from centralized entities to smaller organizations and individuals. Just set yourself up to receive as much of the wealth redistribution as possible, whether it’s in gaming, freelancing, film or any other industry that is being shaken up through modern technological mechanisms. Positioning is key.