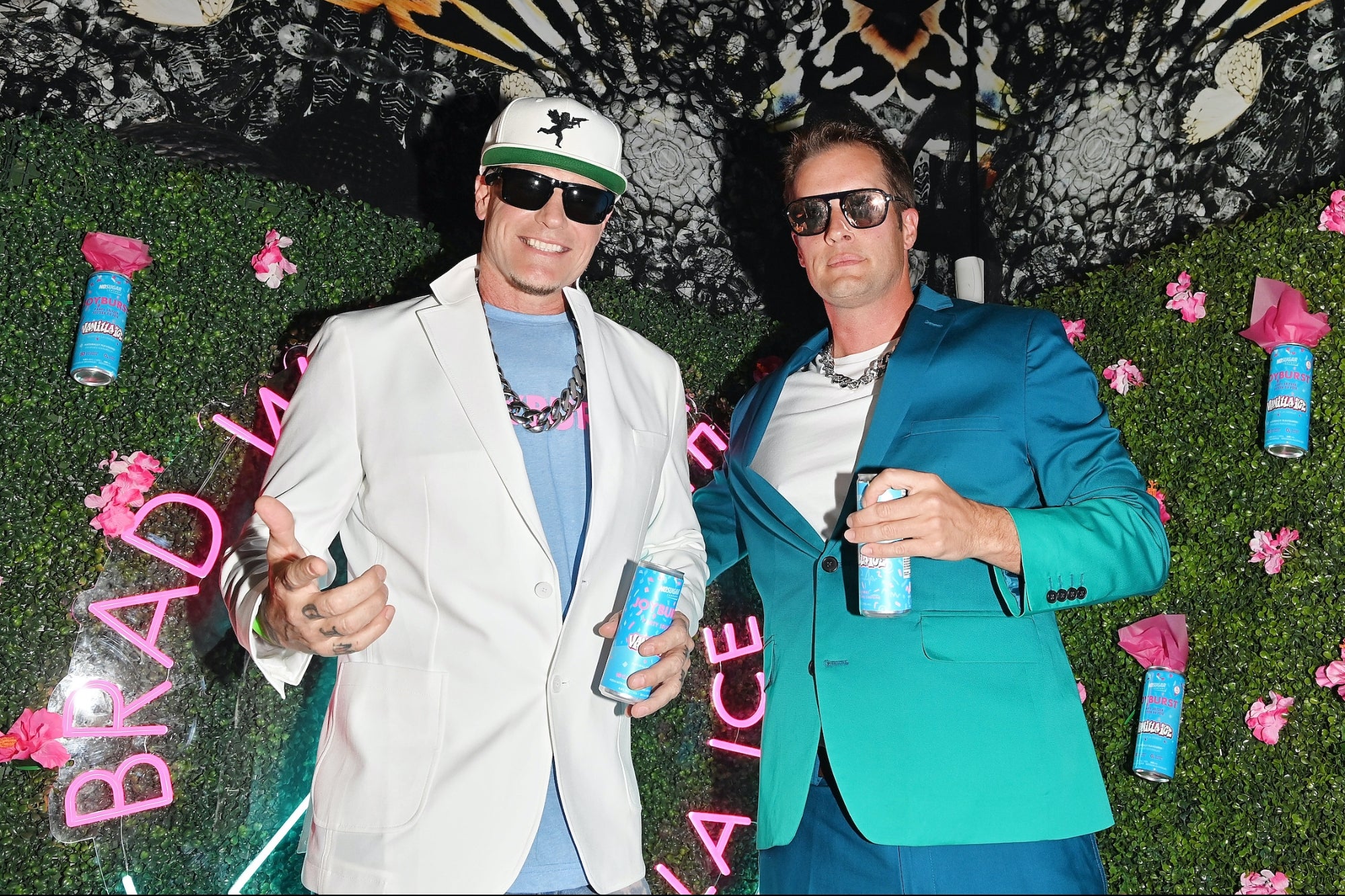 Before Vanilla Ice was a household name, he went by Robert Mathew Van Winkle (of Pappy Van Winkle spirits fame), and busied himself in his teen years with chasing girls and frequently taking first place as a motorbike racer. Back then, he was feeling his youth, and not particularly inclined to push through adversity — he preferred spending time with his girlfriend. After a disappointing finish landed Van Winkle outside the top two racers, his father threw his helmet and told him, in short, that he would no longer support his racing if he couldn’t act like a professional.

A visual interpretation of that moment screams of a ’90s movie scene dripping with boyish hubris, its defiant star decked in a rock n’ roll tee shirt, but Van Winkle used it productively to pivot and lean into his dad’s lesson full bore. Fast forward to a decision to embrace a longstanding fascination with hip-hop and rap, and the young man known for sliding effortlessly across the dance floor was embracing a new name: Vanilla Ice. Results of that decision to embrace show business include 400 million sold records, The Vanilla Ice Project series on HGTV (which has aired more than 180 episodes over ten years) and a real estate empire.

I visited Vanilla Ice in Toronto, spending parts of two days with the rap legend and his new and uniquely aligned business partner, Brad Woodgate.

Squint from a short distance at Woodgate, health guru, author and founder and CEO of the food, beverage and apparel No Sugar Company, and you might think you’ve stumbled upon future Hall of Famer and global icon Tom Brady. He might not be able to zip a pass if his life depended upon it, but does embody a similar “LFG!” (“Let’s f****** go!) approach. No Sugar even had a Super Bowl commercial that aired in Canada last year.

He and Vanilla Ice have joined forces to bring the natural energy drink, Joyburst, both to the U.S. market and across international waters. Earlier this year, Woodgate related, he was musing on potential paths of bringing his no-refined-sugar mission and passion (he’s the author of the 2021 book, No Sugar In Me) to a large and seeming insatiable beverage market in the U.S.

Related: 5 Tips for Investing in Food and Beverage in Turbulent Times

With this new business, Woodgate wanted to have more fun, he told us. Yes, he’d built No Sugar Company into a billion-dollar-a-year business, but it almost cost him his sanity. An entrepreneur forged from a family of go-getters, he’d learned the tenets of hard work from his grandfather, Jack, a former hockey player for the Boston Bruins. In his clan, family was business, and business was family.

That propelled grind took its toll on Woodgate through his 20s and 30s, and he openly admits struggling to maintain his mental health. After emerging from that whirlwind, thanks in part to the unwavering support of his wife, Mel, as well as friends, Woodgate decided he had nothing to lose. “I look back on that period of my life and just smile,” he says. “It took almost two years to come out of the shadows, but I came out fearless.” He took this fresh approach to life and business seriously.

Referencing a new-business whiteboard session earlier this year, Woodgate describes the moment he arrived at a “big idea.” “What if we launch Joyburst with a song?” he recalls with excitement. And not just any song — Woodgate sold a fellow executive on the idea of having a track commissioned to coincide with the beverage launch, but didn’t stop there; he wanted to be one of its vocalists.

After a couple of meetings, the idea to integrate Vanilla Ice into the project was suggested. Woodgate recalls thinking that both that particular performer and the fun of the ’90s era would make for an ideal and splash-creating fit for the U.S. market.

Not only did Vanilla Ice agree to partner in the new enterprise, but he was also open to being brought into the creation of the song. Before long, and fueled by a music video, a launch party and a concert, Joyburst officially appeared on shelves across America in Walmart, Costco and a host of other name-brand retailers. Early success had Europe calling, too, and Woodgate said that he couldn’t be more thrilled with the results so far.

The timing of this collaboration (one that includes a Vanilla Ice named beverage) could not be better for the rapper and entrepreneur, he told us, particularly as he travels the U.S. for the “I Love the ’90s Tour,” which will continue through November of 2022. The music and TV star believes, he explains, that the ’90s are coming back, and in a big way.

“[That time] was about fanny packs, block parties, bright-colored clothes and just having good old-fashioned fun,” he says. “We’ve lost that sensibility. Kids these days are stuck in their homes staring at screens. We were outside wearing our Air Jordans.”

The 54-year-old performer went on to explain that both personal and professional similarities to Woodgate made the decision to partner easy. “Brad’s work ethic is incredible,” he says. “He is relentless, tackles life with a smile and works hard.”

When asked if he should be on the Mount Rushmore of rap, he laughed and responded, “I don’t know. I lost my ego a long, long time ago, but it would be fun to be on the side of a mountain.”

He may not have quite achieved that feat yet, but the ever-optimistic Ice sees bright days ahead for Joyburst. “There’s a light at the end of the tunnel, and it’s not a train,” he offers with a grin.

Related: I’m An Independent Musician Whose Music Has Appeared In TV, Movies, and Video Games. Here’s How I Did It.

When One Isn’t Enough

For his part, Woodgate admitted that he, too, might have been infected with the showmanship bug. Since our interview, he’s been doubling down — commissioning another song to be released later this year, and indicating that another Super Bowl commercial might be in the works.

A family man, Woodgate still gets emotional thinking about collaborations with his friends, family and most importantly, Jack.

“I discovered that being an entrepreneur doesn’t have to be formulaic,” he explains. “You don’t have to box yourself in because of outside pressures or perceptions. Business isn’t necessarily run from inside a boardroom. Entrepreneurs can extend themselves well beyond suits and ties and meetings. Have a little bit of fun!”

And even though Joyburst has some stiff legacy competition, Woodgate doesn’t believe in failure. “You’re either winning or you’re learning,” he says with a smile.

The 4 Principles of Onboarding for Product-Led Growth Platforms

Want to Expand Your Product’s Reach? Here’s How Third-Party Software Integrations Can Help.

Who Comes First, the Customer or the Employee?

How to Create a Connected Workforce Through Quality Core Values