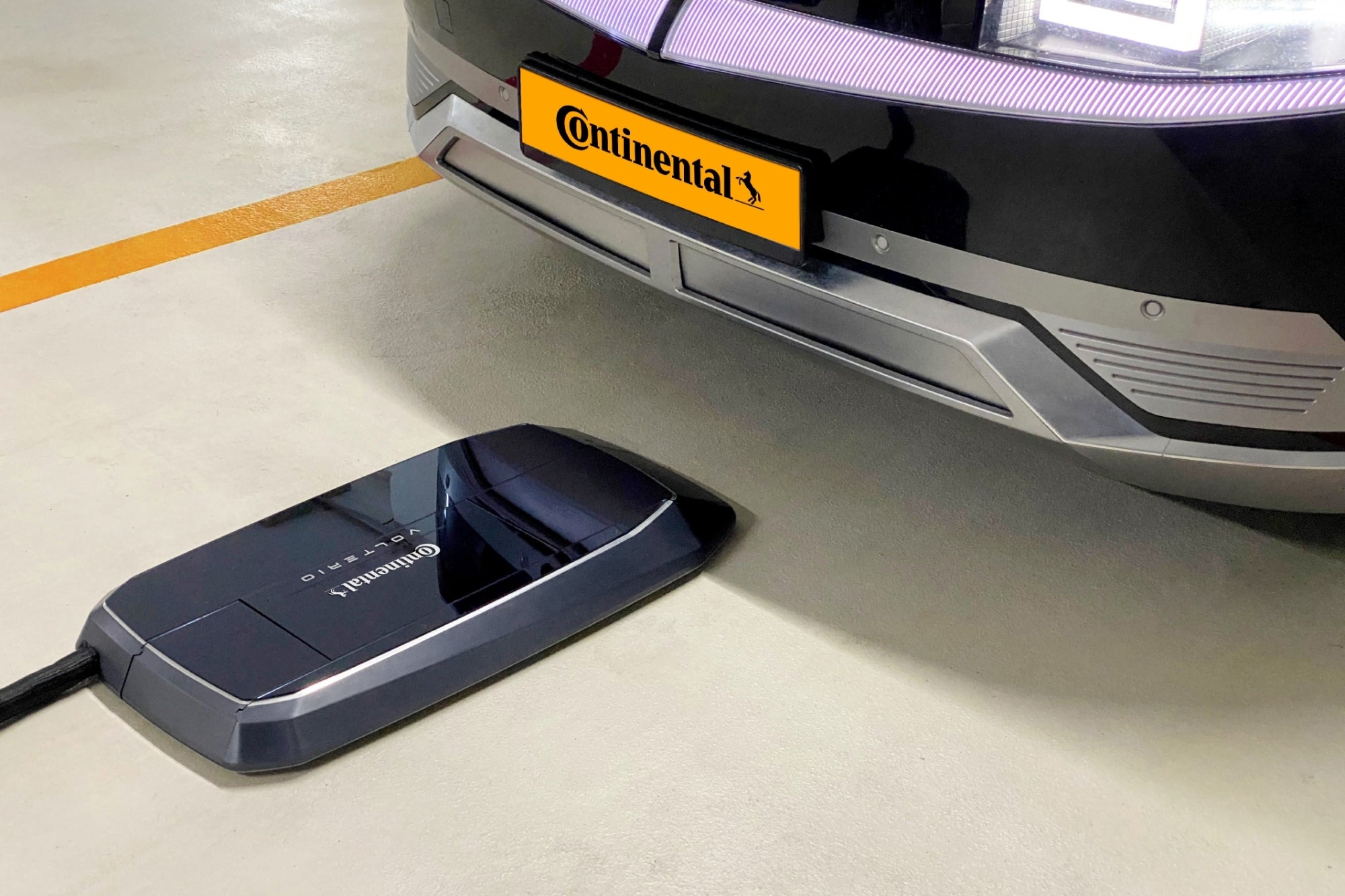 This article was translated from our Spanish edition using AI technologies. Errors may exist due to this process.

The electric vehicle industry is advancing by leaps and bounds. Practically all car manufacturers are developing models that can be competitive in a market that is still dominated by Tesla. One factor that has limited the development of this technology is the batteries , their charging time and the autonomy they give the vehicle. In addition, there is the dependence on cables and outlets to be able to charge them.

Continental , the German firm known worldwide for making tires, is working on developing a wireless-charging robotic battery alongside Volterio , an Austria-based startup. The device has two parts: one that is fixed to the car (the one that receives the energy), and another that moves on the ground under the car (the one that sends the electrical charge). For an electric vehicle to charge correctly, the two parts must be aligned, which does not happen if the driver parks incorrectly. So there is power loss and the charging is not as efficient. Continental’s robot is capable of locating the precise place where it has to be positioned to achieve efficient loading, and it does so in an automated manner.

The system, which could go on the market in 2024, can be installed in any electric vehicle in a simple way and charging can start as soon as the car has been parked. The system is very similar to the one introduced by Volvo earlier this year, with the difference that those charging units are fixed to the ground and the driver has to position the car correctly for charging to happen.