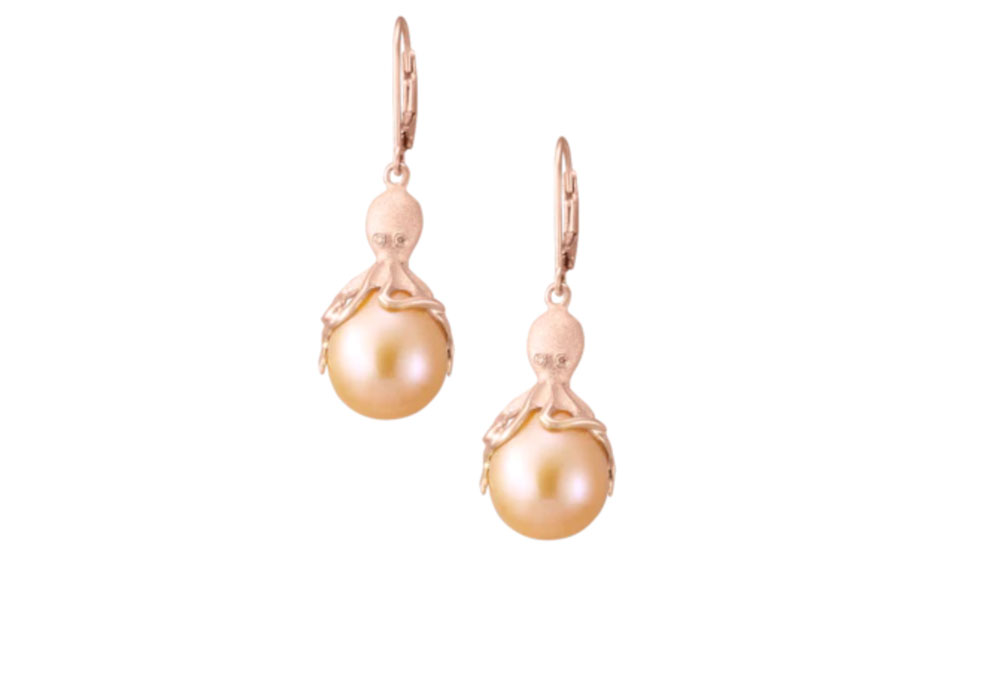 Are you looking to spruce up your jewelry closet? Want to add something unique to your jewelry selection? Want to wear jewelry pieces that not only enhance your looks but also add significance to your personality? Well, Octopus jewelry is your best bet.

The octopus is one ocean animal that has inspired many artists and designers worldwide. And why just the artists? Even people these days love styling their looks with various forms of octopus jewelry, depending on the attire and occasion.

What more? Octopus jewelry has a lot of significance and tells a lot about its wearer. Yes, there are different meanings associated with this jewelry type based on the qualities of this amazing ocean creature. That is the reason why octopus jewelry is so much in trend. And it can be easily available online. All you need to do is visit a good e-store and start exploring your options for octopus jewelry online.

So, if you are thinking about buying an Octopus ring or pendant, read this blog to learn about its significance.

The Many Meanings of Octopus Jewelry

Life beneath the ocean has always been a fascination and mystery for those living outside it. The same goes for the octopus, as it’s a mysterious animal. While it causes fear in some people, there are people who deeply admire it.

In the same way, it has a little bit of both worlds in terms of its meaning. People in ancient times believed that octopuses could create whirlpools that destroy ships. Further, people living on the shores considered them deities and worshipped them.

Let’s know more about the meaning and significance of Octopus jewelry.

Have you ever noticed an octopus’s head? Did you notice it’s a big size? The head of the octopus is much larger than its body. That is why it is known for its intelligence and wisdom. The head of the Octopus has a developed nervous system, which is spread across its eight limbs. Hence, the intellectual abilities of this creature are truly marvelous. That is why it’s often said an Octopus has a total of 9 brains.

So, does having multiple brains make Octopus any smarter? Well, not really! However, they are creditable for their exceptional brainpower.

Octopuses have been known for their creativity for ages. But, their intellect has not been completely explored yet. For this reason, accessories, jewelry, and tattoos inspired by octopuses implicate wisdom and intelligence. So, if you have an eye on an Octopus jewelry piece, or you already have one, it indicates you have enormous intelligence.

Further, this creature has a great ability to solve challenging tasks and find a way out of mazes. Octopuses can also sense threats and use available resources for refuge or protection. They are also praiseworthy for their memory; hurt an octopus once, and they will remember it forever.

Master of Disguise and Adaptive

This eight-legged sea creature has the ability to change its body color according to its surroundings. Hence, they indicate an adaptive personality. Also, there is no clarity when it comes to their clearness. If you go near an octopus, it will release a cloud of ink to disguise its withdrawal or pullback. Hence, octopuses are also considered a symbol of hypocrisy.

Many cultures consider octopuses an omen of evil forces as they live in dark spaces under the water. They are also believed to have supernatural abilities. People also associate the creation of the Universe with the octopus’s body – the eight spiral limbs symbolizing the universe untangling from the cosmic center.

The first appearance of octopuses is awkward – a large head, eight arms, and virtually no torso. Their entire body structure makes them appear clumsy and bumbling. But, it’s this body that helps them sail through the deep seas. Besides having wonderful limb coordination, they can act with decisiveness in the case of an attack or defense.

Additionally, their spineless body let them sail through the narrowest crevices or openings. They can even seep into a hole that is five times smaller than their head. Amazing, right?

This eight-legged creature has also been known for its ability to control its body and agility. So, if you are proud of your body or are athletic or a sportsperson, a piece of octopus-themed jewelry will be a perfect accessory for you.

Octopuses have the superpower to regenerate severed extremities, which is extremely rare.  Besides having nine brains, octopuses have three hearts. And since the heart is a symbol of life, having three hearts means more than life or immortality. So, wearing an octopus jewelry piece means you are full of life.

The meanings are innumerable. And why not? Our superhero possesses so many traits that are simply unique. So, if you are looking for a jewelry piece that is extraordinarily unique, original, and stunning, wearing an octopus pendant, earring, ring, or bracelet will come in handy.

The eight-armed ocean hero never fails to mesmerize us with so many meanings and symbols. While you cannot pet them, you can always show some admiration and respect for this amazing creature by buying octopus jewelry online. Start exploring your options today.

Relocating? How to Move House in Style.

Winter Wedding Photo. Ideas to Add to Your Wishlist

Mens Fashion: Tips To Revamp Your Wardrobe for Winter

New Homes In Myrtle Beach: What You Need To Know Before Buying