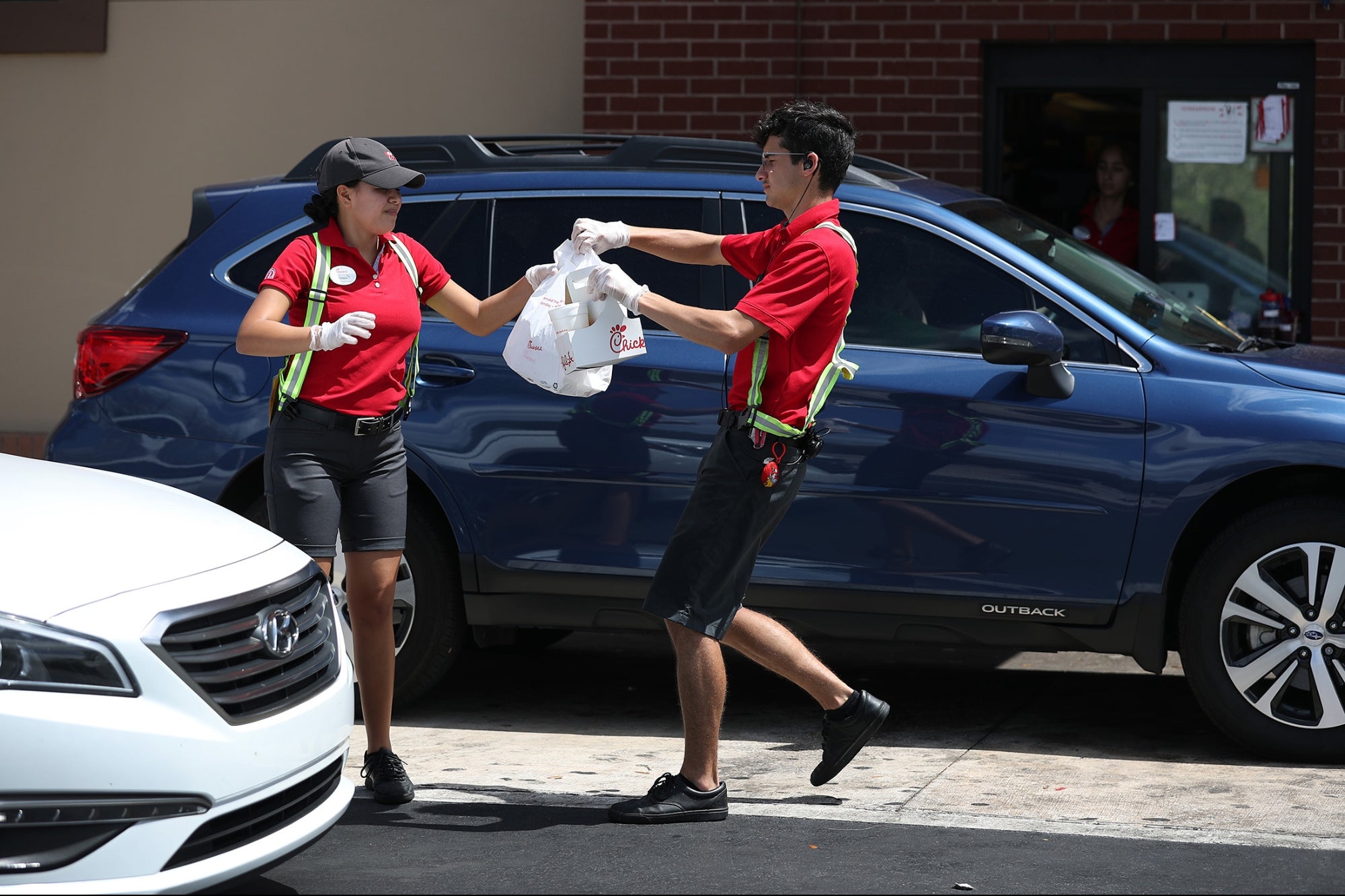 The success of fast food chain Chick-fil-A never ceases to amaze me. Do you ever notice the lines? I certainly do. It seems like there’s always one at the drive-thru, right? I travel a lot, and whenever I go to the food court at the Philadelphia airport, there’s always a line for the place, even when most of the other stands offering good food don’t have lines. So what’s so great about Chick-fil-A?

Maybe it’s the nuggets. Or the sauces. Or the company’s “secret menu.” It may also be how difficult it is to actually own a Chick-fil-A franchise, which motivates those who are lucky enough to start one to make it as great as possible. All of those are good reasons. But there’s another, more interesting reason: It’s the company’s employee culture, which extends to its treatment of its customers.

Related: 5 Things You Need to Know Before Investing in a Chick-fil-A Franchise

Chick-fil-A is closed on Sundays because it’s founder — a religious (and sometimes controversial) man — was committed to the Sabbath. The company also provides generous benefits (since 1973, Chick-fil-A has given more than $35 million in college scholarships to its employees) and is frequently listed as one of the best places to work in the fast-food industry.

Employees are also extremely respectful to their customers. In a 2016 study by research firm QSR, Chick-fil-A’s employees overwhelming said “please” and “thank you” at a higher rate than their competitors.

But one thing those employees don’t say: You’re welcome. Instead they say, “It’s my pleasure.” Why? Because it’s simply more polite, and it shows gratitude to the customer.

Related: 25 Interesting Facts You Should Know About Chick-fil-A

The practice, according to a report from Nathaniel Meyersohn on CNN, began more than 20 years ago when the company’s founder, Truett Cathy, stayed at a Ritz-Carlton and was struck by how the employees of the iconic hotel chain always responded to each request with, “My pleasure.” So he asked his own employees to start doing so.

“It dawned on me that this could be a service signature for us, almost like two pickles on a sandwich,” Cathy’s son, Dan, said in Meyersohn’s piece.

Noted author and behaviorist Adam Grant admitted he also feels uncomfortable with the phrase, “You’re welcome.” He feels that the saying, which evolved over the past century and originally meant, “You are welcome to my help,” implies that the customer is somewhat in debt to the person performing the service.

“I realized the problem was the subtle appeal to reciprocity,” Grant writes in Psychology Today. “There’s nothing wrong with trading favors or asking others to repay the help you’ve given, but when I chose to help people, I wanted to do it without strings attached. I didn’t want to leave them feeling like they owed me.”